Sports technology has come a long way since its humble beginnings. Many gadgets, such as fitness trackers, help you stay in shape more efficiently. These convenient devices remind you to exercise, measure your heart rate, monitor calories burned, count your steps, and perform many other helpful health actions. This data tells you how active you are and whether you need to modify your routine. But how accurate are fitness trackers? This article will give you the answer.

How Accurate Are Fitness Trackers in Terms of Heart Rate?

The original fitness trackers often came with chest bands that measured your heart rate. These components monitored your body’s electrical signals, but people with pacemakers or other metal components couldn’t use them because the devices interfered with the signals. Moreover, you couldn’t wear them throughout the day, as they were designed to be used during exercise only.

Modern equipment is usually placed on your wrist and measures your heart rate using PPG (photoplethysmography). This technology detects how light entering your body scatters throughout the organism. Essentially, it can see how your heart beats.

Furthermore, state-of-the-art gadgets come with LEDs to generate light beams into the skin. Photodetectors within the devices capture the light bouncing off your wrist and turn it into advanced information algorithms to analyze your heart rate.

With all that technology, you’d think modern fitness trackers are infallible when measuring your heart rate. But is that really the case? According to a 2018 study, while the items work great when monitoring your overall heart rate, it also found that the precision varies drastically from gadget to gadget.

The study also discovered that optical monitors generally produce precise readings regardless of your age. Nonetheless, the researchers recommend that people not rely on the results totally because the devices can have erroneous readings and misrepresent real-time workout intensity.

Additionally, various other studies have also shown that smartwatches and fitness trackers more accurately measure heart rate when the user is recovering or resting. The more intense your exercise, the less reliable the gadgets are. The reason is simple – sweat can prevent the sensors from precisely recording your heartbeats due to lower conductivity.

Another reason your monitor might not be as effective is that it may use green lights. This technology is cheaper than infrared lighting featured in hospital-grade units. On top of that, skin with higher levels of melanin repels green light, keeping the device from reading your heart rate accurately. This means the darker the skin, the less precise the device is. Therefore, avoid relying on these gadgets only if you’re an African American, Hispanic, or tan Caucasian with a heart condition. They can give you a skewed representation of your health.

How Accurate Are Fitness Trackers in Terms of Calories Burned?

The key to weight loss is to burn more calories than you consume. Unfortunately, the only way to measure your progress accurately is to rely on a device. But should you use a fitness tracker? In most cases, the answer is no.

Your gadget might say you burned 500 calories during your spin class, but the actual number might be far lower. For example, a 2015 study shows that Fitbit, one of the most popular fitness tracker brands, doesn’t measure calories burned very accurately.

The participants went through several physical activities, such as golfing, raking, walking up the stairs, and carrying certain items. The researchers concluded that the app dramatically underestimated the calories used. Some of the activities Fitbit misjudged included cycling, raking, walking on a treadmill, and sweeping. As a result, the estimated number of calories burned was far lower than the actual number.

Another study conducted in 2017 demonstrated that Fitbit had a nearly 30% margin of error when tracking calories burned. This was much better than other brands, like Mio Alpha 2, PulseOn, and the Apple Watch. However, some of them miscalculated the number of calories burned by almost 95%.

Let’s put this into perspective. If your gadget shows you expended about 2,000 calories, that number could be overestimated by at least 700 calories. It tells you’ve burned off that huge meal you had for lunch, but in reality, you’ve only worked off a morsel. Therefore, you shouldn’t base your calorie performance according to your device.

The biggest reason fitness trackers are so far off when counting calories burned is that they fail to consider many conditions of your exercise. For instance, they can’t tell if you’re leaning on the handlebars on an elliptical or using your body weight when working out on stationary bikes. All this influences your expenditure.

Another thing to remember is that fitness trackers overlook your fitness levels. If you’re an exercise beginner, you’ll likely use more calories than a veteran. As you improve at specific exercises, the number of calories burned will be lower.

What is more, fitness trackers don’t consider your body composition. Initially, your muscle mass may include a massive amount of fat. As a result, you’ll consume more energy when starting your regimen. In addition, as you build muscle, your body is more efficient, resulting in more calories burned during the same period.

Finally, fitness trackers don’t monitor your body size. A big-boned, stocky individual doesn’t burn the same number of calories as persons with a large amount of fat. But these gadgets can’t tell the difference between these types of people. Instead, they provide generic readings that tell you how many calories a particular exercise expends on average.

How Accurate Are Fitness Trackers in Terms of Counting Steps?

Counting steps is the most basic feature of fitness trackers. Most people aim for 10,000 steps per day. It’s a nice, even number to shoot for, but can you depend on your gadget to measure the progress accurately?

In most cases, you can. These devices are typically accurate when counting steps, but there are some caveats. For example, if your gait is unusual or you move slowly, your steps might be undercounted. This happens even if you use a research-grade pedometer.

This issue was noticed in several studies too. For instance, a 2020 study analyzed 11 fitness trackers (some worked through mobile apps, and some were wearable). Accuracy varied from gadget to gadget, but they had one thing in common – they were better at estimating steps when the participants walked briskly. By contrast, there were frequent miscounts when the users walked more slowly during daily activities.

The tendency to miscount at low speeds was noted in another 2020 study. It compared ankle-worn research-grade fitness trackers to wrist-worn consumer products. The researchers pointed out that both types accurately counted steps at higher speeds in controlled conditions. Still, the gadgets miscounted steps often when the wearer walked slowly, which is especially prevalent with commercial products.

Nevertheless, the step count on your device should be pretty accurate but check it against different gadgets and compare it to a smartphone’s estimate. If there are significant discrepancies between the devices, consider increasing your speed or changing your gait to get a more accurate reading.

You can also draw from the earliest step counters to improve your device. Original clip-on devices were generally more accurate than today’s gadgets. This is because they were placed on your hip, the ideal position for measuring your steps and other physical activity. This means you should put your fitness tracker or smartphone in your pants pocket to optimize precision.

See also  Is Fitbit or Garmin Better for Runners?

The biggest problem with wrist-worn products is that they record many extraneous movements with little or nothing to do with your physical activity. They register all hand movements when placed on the non-dominant wrist (recommended). As a result, the devices may tell you you’ve performed more steps than you actually did.

Smartphones might be more precise in estimating steps, but they’re not a great solution in real-life settings. Putting your phone in your pocket can be awkward and interfere with your exercise movements. Women’s clothing is even worse since most workout attire lacks smartphone pockets.

Another type of fitness tracker you may have heard of is the clip-on device. However, most manufacturers have abandoned this design because people often lose the gadgets or forget to put them on. Many users also accidentally put them in the washer when taking off their sweaty exercise clothes.

But the switch to wrist-worn units paved the way for heart-rate monitors. Multiple information streams allow you to combine step counting and heart rate data to better estimate. This can be incredibly helpful, primarily because many smartphones don’t support this functionality.

How Accurate Are Fitness Trackers in Terms of Measuring Sleep?

Sleep is the most essential ingredient to making fitness progress. Your performance diminishes over time without sufficient rest, and your health deteriorates.

The most reliable way of measuring your sleep quality is to take a polysomnography (PSG) test. It measures your heart rate and brain waves to give you a clearer picture of sleep health.

This also brings us to the main problem with fitness trackers in this regard – they don’t have the technology of PSG tests. Instead, they generally rely on sensors to detect movements when you sleep, but this pales in comparison to the capabilities of traditional methods. This is especially true regarding your sleep cycles, like rapid eye movement (REM) and deep and light sleep.

Various studies underscore this claim. For example, a 2019 Yale research project demonstrated that fitness trackers can record wake-up and sleep times, but they’re only about 80% accurate. In addition, the same paper showed that the devices perform poorly when recording the moment you fall asleep, with around 40% of devices that get it right.

How Do You Improve Your Fitness Tracker?

There are several ways to optimize your fitness tracker:

Wear It Firmly on the Wrist

Fitness trackers struggle to determine your specific movements if they move while you exercise. As a result, the readings can be wildly inaccurate, particularly when measuring your heart rate. To avoid this, tightly strap the tracker to the wrist. Just ensure it’s not too tight because this can make it uncomfortable.

Wear It on the Non-Dominant Wrist

The non-dominant wrist moves less often than the dominant one. This makes it better for reducing ghost movements and increasing the accuracy of your device.

Everyone’s body moves differently. So, to accommodate your needs, your app should let you tweak your stride length, sleep sensitivity, automatic recognition, and other settings. This way, you’ll get more precise readings.

Most gadgets can record baseline metrics, but not all devices are created equally. The most reliable brands include Apple, Garmin, Suunto, and Polar. These are less prone to issues that lead to inaccurate data than cheaper models.

Exercise is key to good health. This means you shouldn’t stop working out because your fitness tracker isn’t as accurate as you thought. All you need to do to achieve your goals is work a bit harder in each session to compensate for inaccurate data. If you still need a device to monitor your performance, invest in a high-quality model and optimize the settings based on your body.

Are Fitness Trackers Safe to Wear? 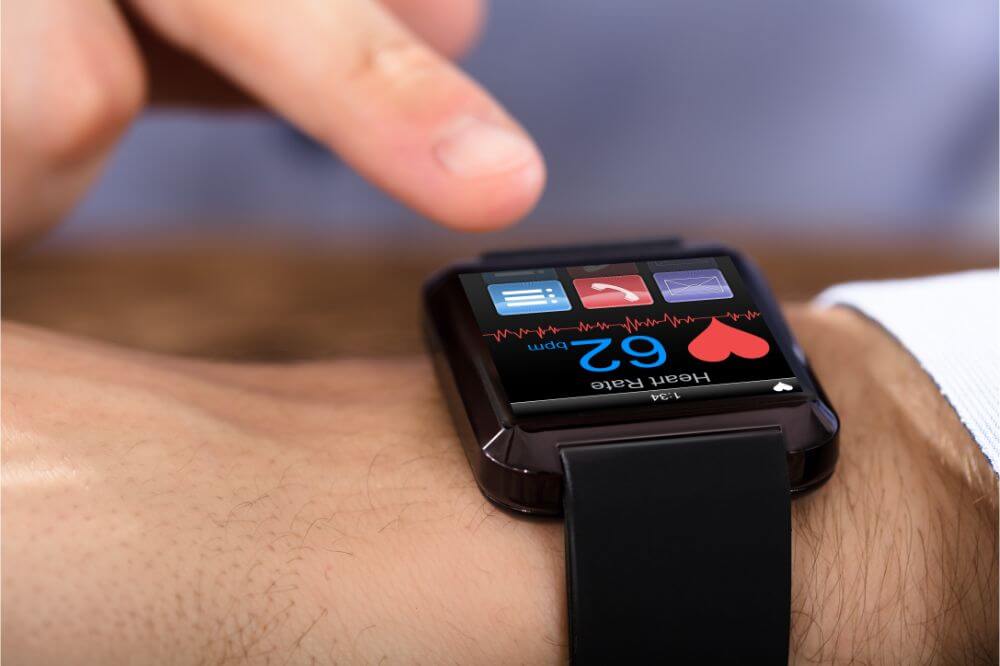 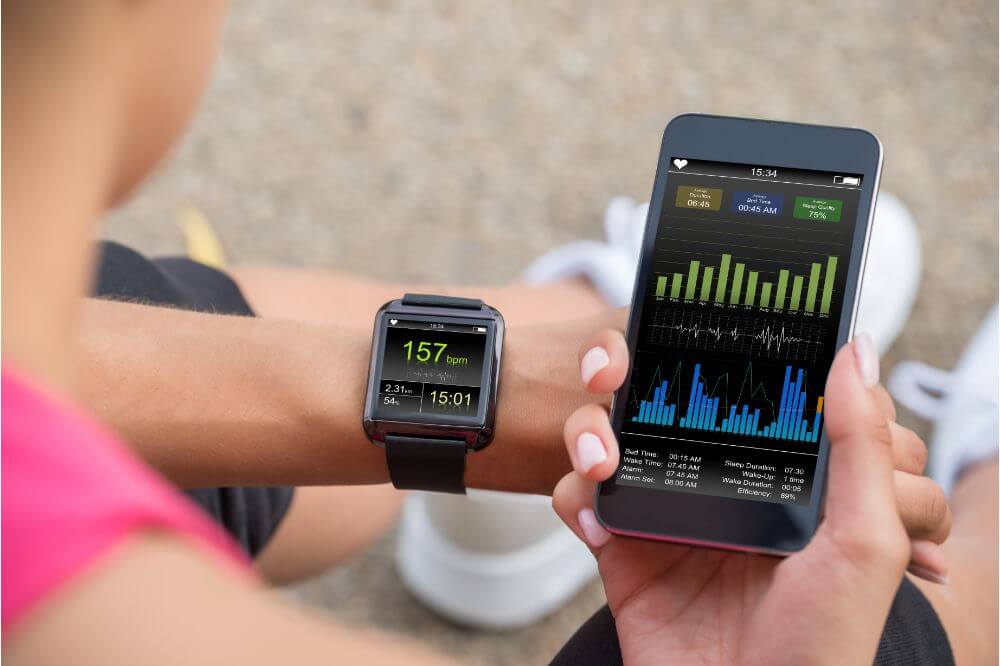 Is Fitbit or Garmin Better for Runners? 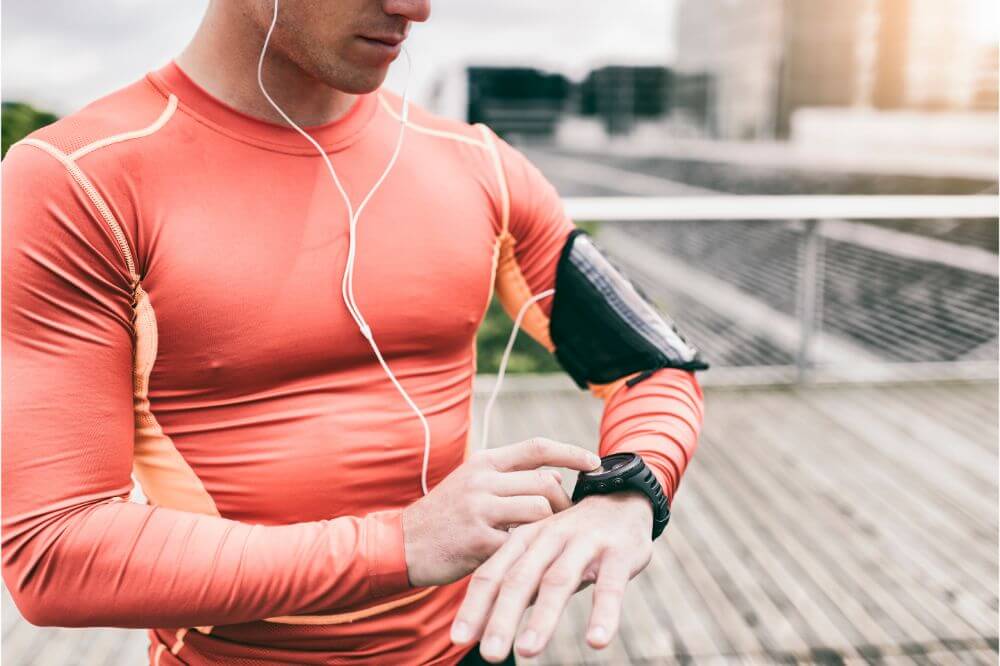 Get your Endurance Sports Free Guide​

0 shares
Special offer for our visitors

Get your Endurance Sports Free Guide

We will never send you spam. By signing up for this you agree with our privacy policy and to receive regular updates via email in regards to industry news and promotions